How to Make Bias Binding

Today we’re talking bias binding. Bias binding can be used for all manner of things in dressmaking: finishing necklines and armholes instead of a facing, binding seam allowances (what’s known as a Hong Kong finish), hemming if you don’t want to lose too much length, piping, as well as many other things! It’s also used in quilting to bind the raw edges. So knowing how to make it is an invaluable skill and one which I’m going to show you right now.

You will need a set square, pattern master or ruler that has a 45 degree angle on it.

Using the guides to help you, place the ruler at a 45 degree angle to the selvedge. 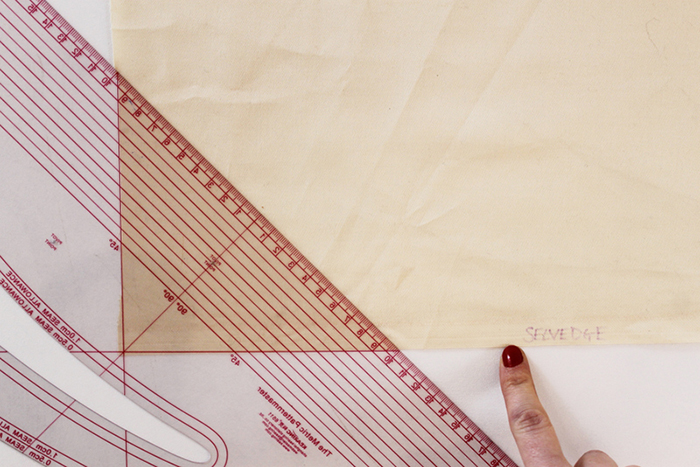 Then, following this angle, draw a series of lines using tailors chalk, keeping equal distance apart. Cut along these lines to create bias strips. The further in from the corner you get the longer the strips become.

For most projects, you’ll want a long-ish length of bias binding and therefore you’ll need to join the strips together. To join them, align the ends of two strips at right angles, with right sides together. They should be slightly mis-aligned, so that you have two little triangles poking out at each side by 1cm. Stitch this horizontal seam with a 1cm seam allowance. 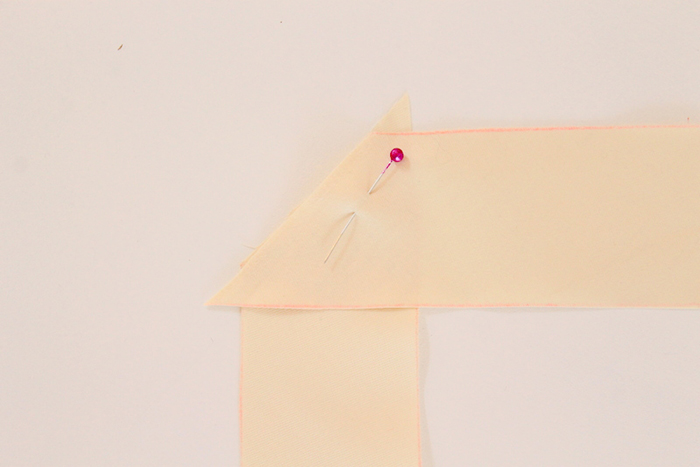 Open the strip flat and press the seam allowance open. Clip the pointed edges so they sit flush with the strip. You now have a length of bias binding that you can keep adding to to make longer, or use as it is! 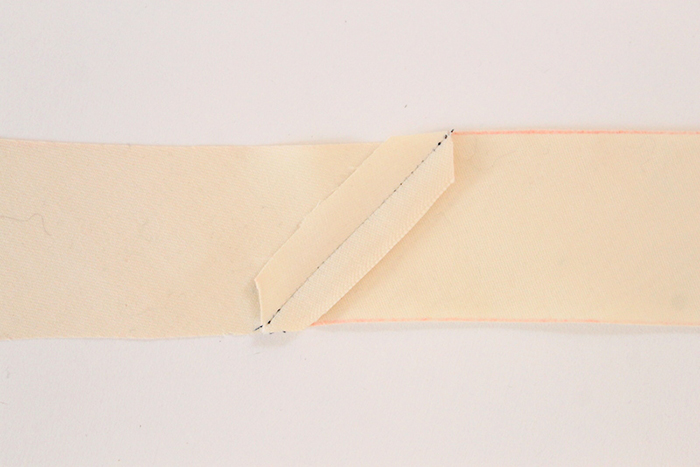