How to Sew the Penny Dress Button Placket

Today on the blog we’re talking Penny Dress button plackets! The placket on the Penny Dress is constructed in a little bit of an unusual way and we know some of you have found it a little bit of a head-scratcher. So we thought we’d create some in-detail instructions on how to tackle this part of the construction.

Rather than the full dress, I’ve decided to make a Penny Dress tie-front top, which is a great hack for this pattern for Spring and Summer. And I’ve chosen the Lisa Comfort Busy Blossom fabric in Lilac – so pretty! The construction is the same for the tie-front top as it is for the dress though, so whichever version you’re making these instructions will work for you.

We’re picking things up from step 13 for this tutorial, so start by sewing to step 12 as per the instructions. Your Penny Dress should look something like this. The front edges of the facing are sewn down, but the back neck facing is still loose.

Be sure the seam allowances are pressed towards the facing along the front edges. 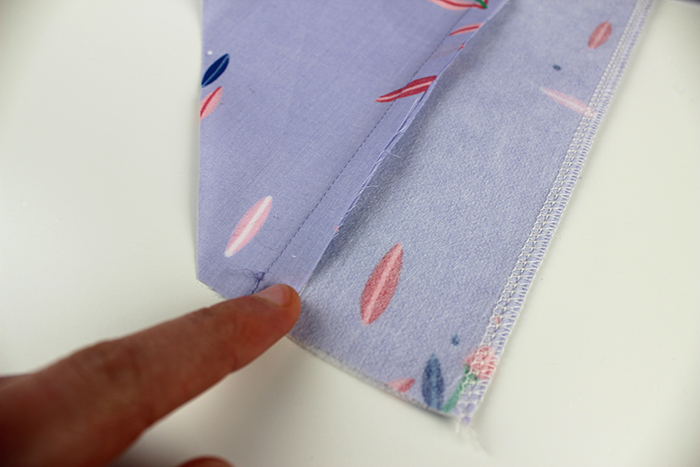 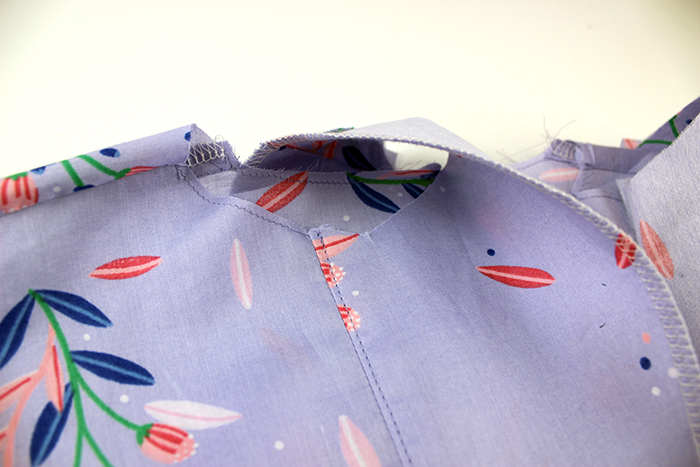 When you are sewing your line of understitching make sure to be as neat as possible, as unlike with traditional understitching, once we’re done it will be visible from the outside of the dress. 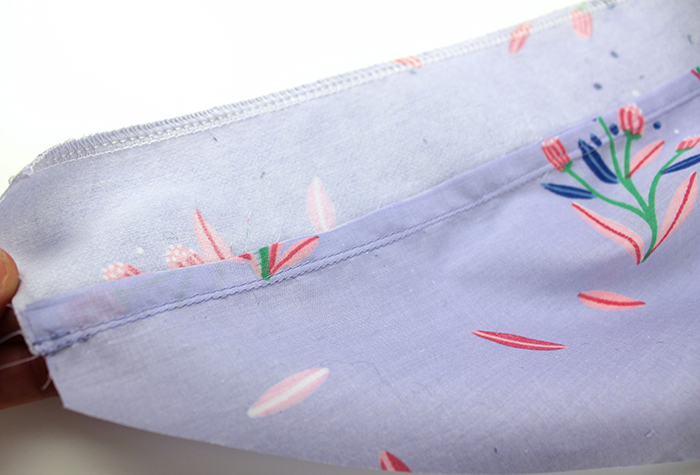 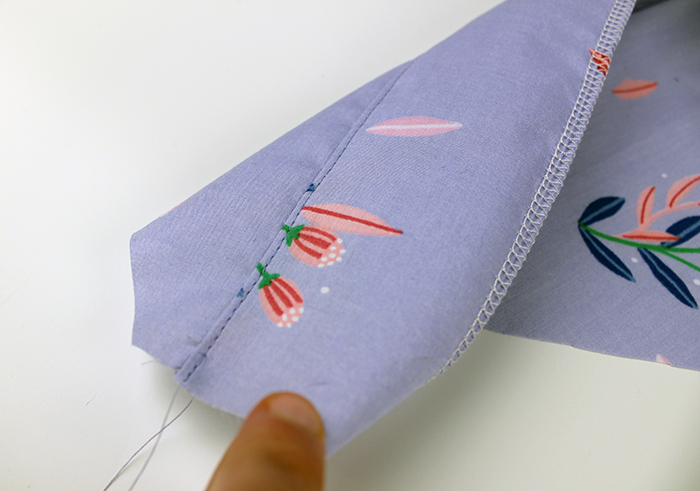 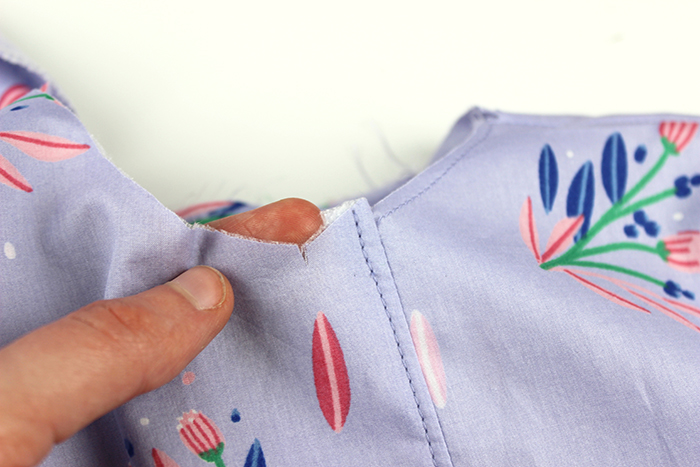 This will mean that the understitched part of the facing remains visible on the outside of the dress. 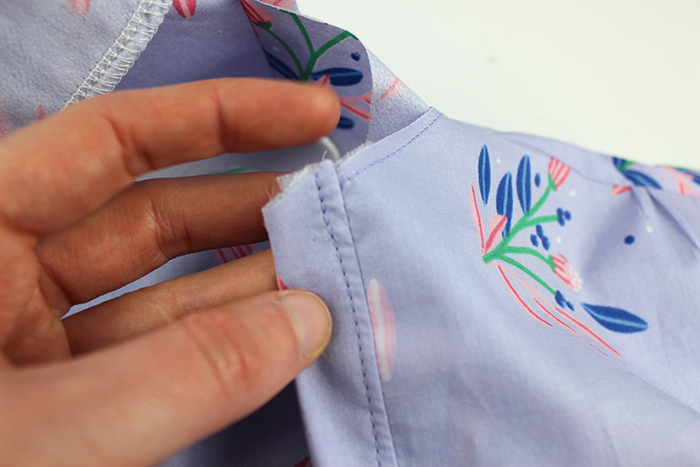 (Hopefully your understitching is a little neater than mine!)

NOTE: When we first released the Penny Dress the centre front notch was missing from the pattern, so if you have an old version, please get in touch and we’ll send you the updated version. Alternatively, you can simply draw in the notch yourself. It sits right on the little dip at the front of the facing, approxiately 2.5cm from the edge, as shown below. 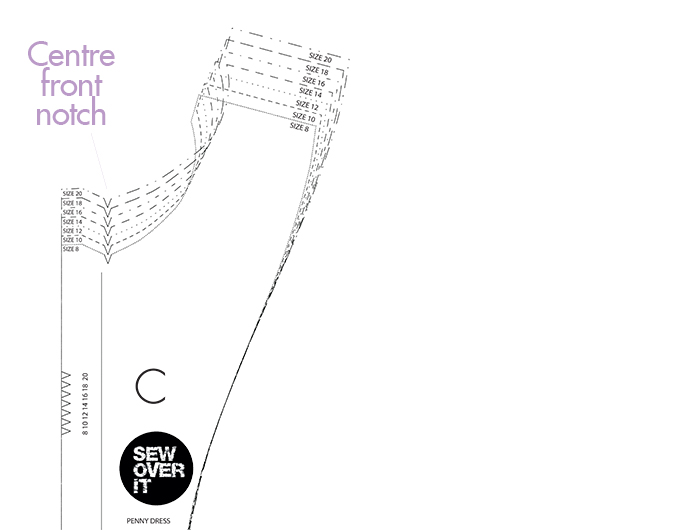 Once the facing is folded at this notch, the understitching creates detail on the front of the bodice. 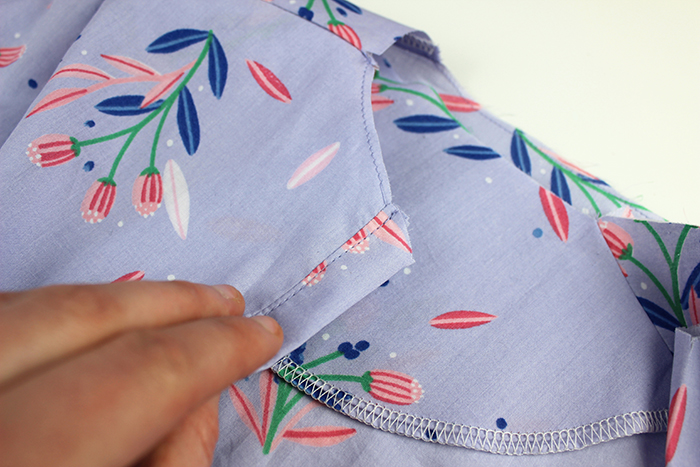 And because the understitching is visible on the outside of the dress, the inside of the bodice is free of visible stitching. 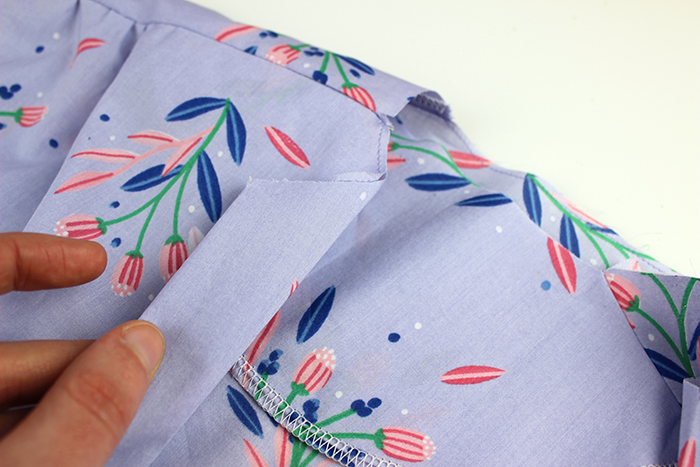 Press the facing the whole way down the front of the bodice. 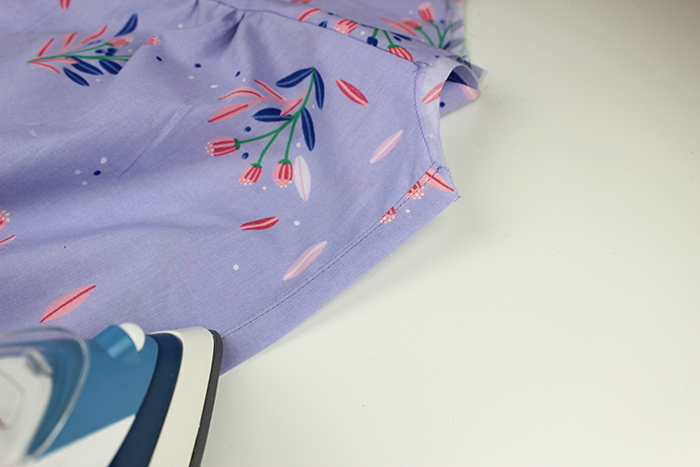 Once the facing is pressed, the understitching appears as topstitching, creating a lovely neat effect.

Now follow steps 14 to 20 as per the instructions. You can see why understitching neatly and evenly is important – mine looks a little bit ropey! 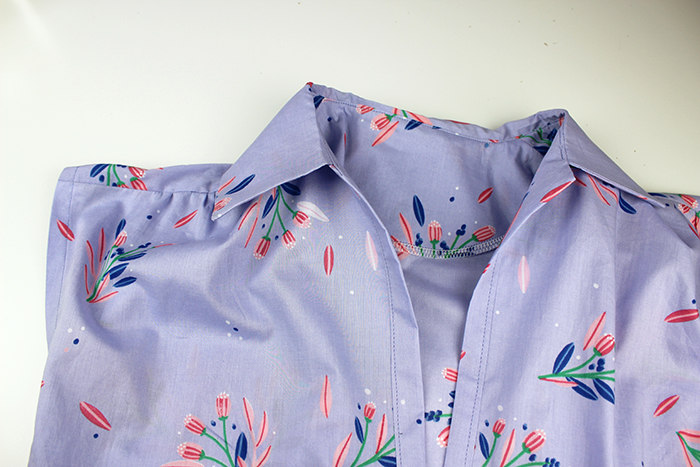 In step 21, once the collar is attached, the button placket is finished with a line of topstitching, which mirrors the line of understitching we did earlier in step 13. 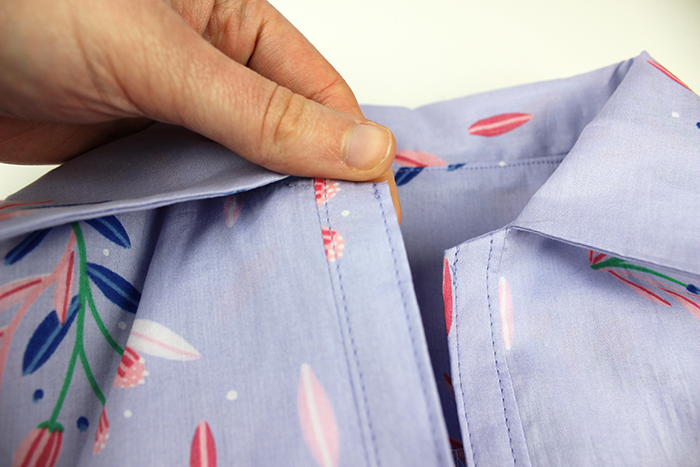 Once topstitched, sew the rest of the dress as normal and voila!

I hope this tutorial helps if you’ve been having a little bit of trouble with your button placket. If you’re still coming unstuck, don’t hesitate to get in touch. And if you’ve made the Penny Dress don’t forget to share it with us on Instagram. Use the hashtag #soipennydress so we can see!

3 thoughts on “How to Sew the Penny Dress Button Placket”